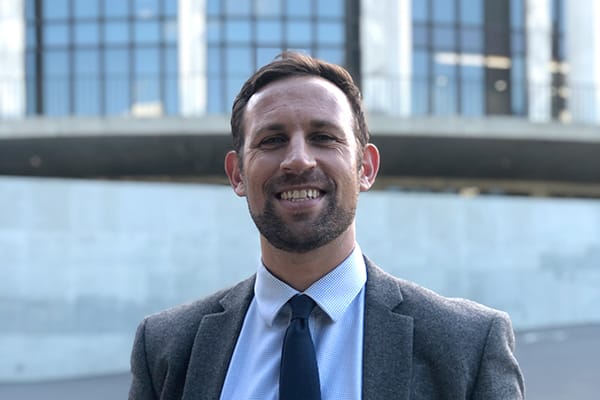 A Turning Point for Firearms Regulation: Implications of Legislative and Operational Reforms in the Wake of the Christchurch Shootings

With funding from the sponsors of the Ian Axford (New Zealand) Fellowships in Public Policy.

Nathan Swinton is Senior Trial Counsel at US Department of Justice and Adjunct Professor of Law with Georgetown University Law Center. Nate’s previous roles include clerk to federal magistrate, district, and circuit court judges, and he spent eight years in the Federal Programs Branch of the Department of Justice’s Civil Division, and seven months as detail to the Office of the Vice President.

Nate was hosted on his Axford Fellowship by New Zealand Police and the Ministry of Justice.

By all indications, the year 2019 will be a significant turning point for the regulation of firearms in New Zealand. Following the tragic and unprecedented shootings at two Christchurch mosques in March, the world took note of how swiftly the New Zealand Parliament passed legislation designed to address weaknesses in the Arms Act 1983. Additional reforms covering a wide array of issues were announced shortly thereafter, with the goal of having them pass before the one-year anniversary of the shootings. But the legislative reforms tell only part of the story. New Zealand Police, the agency responsible for the Arms Act and its administration, had undertaken a years-long project to address several problems it had identified with the operation of its firearms programme. Notably, of the nine issues Police had identified with firearms policy in recent years, eight of these could be addressed by operational changes. Only one required a legislative fix.

This intersection of operational and legislative reform presents an opportunity for reflection, and this report seeks to seize that opportunity to examine Police’s firearms programme and the governing legislation. The purpose of the report is two-fold. First, the report provides a comprehensive summary of firearms policy in New Zealand up through the time of the Christchurch attacks as well as a description of the operational and legislative reforms that have been proposed in recent years. Part One of the report begins by tracing the development of legislative controls on firearms; examines the state of firearms policy in the country at the time of the attacks, including Police’s administration of the Arms Act and relevant case law resulting from legal challenges to Police’s programme; and concludes by describing the recent reform efforts, including further proposed legislative amendments that were released in September 2019.

Second, the report in Part Two identifies and discusses six key issues that will be critical for the firearms programme as it emerges from this period of reform. These issues are:

Download the full report in PDF format here: A Turning Point for Firearms Regulation: Implications of Legislative and Operational Reforms in the Wake of the Christchurch Shootings