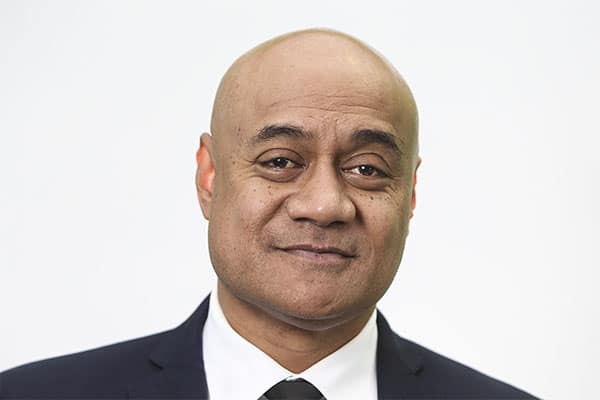 WELLINGTON, NEW ZEALAND — This year’s Fulbright-Creative New Zealand Pacific Writer’s Residency at the University of Hawai’i has been awarded to Oscar Kightley.

Oscar, is an award-winning journalist, writer, playwright, actor, presenter and director from Auckland. He was a 2006 Arts Foundation Laureate Award winner and was made a member of the New Zealand Order of Merit in 2009 for services to theatre and television.

As part of the Pacific Writer’s Residency he plans to write a screenplay for a movie which is set within the Samoan community of the US. Oscar was born in Samoa and immigrated to New Zealand with his mother when he was four years old.

Oscar spent one week as an artist residence at the University of Hawaii in Mānoa over ten years ago, shortly after the hit movie Sione’s Wedding was released in 2005. He says he looks forward to reconnecting with the writers and community in Hawai’I in 2019.

“Those networks are still there. I would be looking to reconnect and deepen not only those links, but I’d like to encourage collaboration with writers from different mediums,” he says.

Oscar co-founded Pacific Underground and the Island Players theatre company and won the Bruce Mason playwrights’ award in 1998. His plays include Romeo & Tusi, Dawn Raids, A Frigate Bird Sings, Fresh off the Boat and Niu Sila. He was one of the Naked Samoans, and has worked as a performer and writer for a number of television shows. He co-wrote the popular Bro’ Town which won Best Comedy at NZ Screen Awards 2005, 2006 and 2007. In 2013 Oscar wrote and directed his first dramatic short, Tom’s Diary which won best short at a film festival in Belize. He also wrote for the gritty television police drama Harry, in which he played the dramatic lead.

“As a Pasifika writer, director and story teller I am lucky to live in a country like New Zealand whose institutions have helped grow and develop Pasifika storytelling. I’ve been able to enjoy a long career during which I’ve written for the stage, small and big screens,” he says.

“While in Hawai’i I would like to attend and give talks in which I can draw on my professional experience, to help indigenous writers based in Hawaii, in any small way that I can.”

Oscar will be based at the Center for Pacific Islands Studies at the University of Hawai‘i at Mānoa in Honolulu for three months later this year. Hawai‘i has been identified as a strategic location for artists and is considered the hub of Pacific writing with numerous universities, library resources, networks, writers’ forums and publishers. It is also an important link to the mainland US and has a strong indigenous culture.

Oscar and the other 2019 Fulbright Grantees will be honoured at the annual Fulbright New Zealand Awards Ceremony at Parliament on Monday 17 June 2019, hosted by Deputy Prime Minister Rt. Hon Winston Peters.

The Fulbright-Creative New Zealand Pacific Writer’s Residency is for a mid-career or senior New Zealand writer of Pacific heritage to carry out work on a creative writing project exploring Pacific identity, culture or history at the University of Hawai‘i for three months. One award valued at NZ$30,000 is granted each year, towards three months of writing.

The recipient is based at the Center for Pacific Islands Studies at the University of Hawai‘i at Mānoa in Honolulu for either the Fall (August-November) or Spring (February-May) semester of the US academic year.

Creative New Zealand encourages, promotes and supports the arts in New Zealand for the benefit of all New Zealanders through funding, capability building, its international programme and advocacy. More information is available at http://www.creativenz.govt.nz/