﻿The Fulbright Reflections series provides a unique opportunity for the public to personally meet New Zealand alumni of the prestigious Fulbright exchange programme, who will share their ideas about New Zealand’s place in today’s global world on the themes Toi – The Arts; Te Whenua – The Land; Te Moana – The Ocean; and Amerika.

The first instalment, Toi – The Arts, will feature three Fulbright alumni sharing their personal stories of passion, inspiration and thought leadership in the arts. They will engage with the audience in discussion and you will get to know these remarkable New Zealanders as people. These personal reflections will have wide appeal to people of all ages and interests. 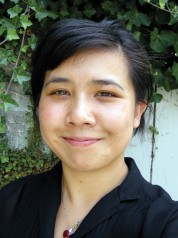 Kerry Ann Lee is a visual artist, designer and educator of Chinese descent. Her art and design explores cultural intersections occurring in the space between private moments and public locations. She creates work that is both expressive and socially engaged, playfully investigating issues of identity and hybrid cultural formations through hand-made processes. She is also known for her work in underground publishing and punk fanzines.

Kerry Ann received a Fulbright New Zealand Travel Award in 2009 to complete a Summer Residency Programme in Painting and Mixed Media at the School of Visual Arts in New York, and exhibit a new body of work developed during the residency. 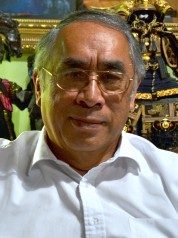 Darcy Nicholas is a leading contemporary Māori painter, sculptor, writer, curator, events manager, and commentator on Māori issues. He has exhibited throughout New Zealand, Australia, Africa, United States, France, Britain and Canada, and been part of several joint exhibitions that have travelled internationally.

Darcy received a Fulbright Cultural Development Award in 1984 to observe African American and Native American art movements. He has since been responsible for several major cultural exchanges between Native American and Māori Artists. In 2009 he was given a citation from the US Ambassador in appreciation for his contribution towards relationships between the United States and New Zealand, and in 2010 was awarded a QSO for services to Museums.

Darcy is General Manager of Community Services at Pataka Museum of Arts and Cultures in Porirua. 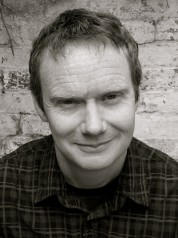 Damien Wilkins is the author of nine books, including the novels The Miserables, which won the New Zealand Book Award for fiction in 1994, Nineteen Widows Under Ash, which was joint runner up for the Deutz Prize for Fiction in the 2001 Montana New Zealand Book Awards, and The Fainter, which was runner-up for the Montana Medal for Fiction in 2007. He has also written books of short stories and poems, television scripts and plays, and has recently been writing and recording music with his band The Close Readers. He has worked in publishing and was a founding editor of New Zealand literary magazine Sport.

He is a Senior Lecturer at Victoria University of Wellington’s International Institute of Modern Letters.

Join these Fulbright alumni at the Te Papa marae on Sunday 4 March, and others on:

The Fulbright exchange programme is one of the largest and most significant scholarly initiatives in the world, with more than 300,000 alumni. Included are heads of state, ambassadors, artists, politicians, presidents, teachers, professors, and thinkers. The programme was begun in 1946 by American Senator J. William Fulbright “to bring a little more knowledge, a little more reason and a little more compassion into world affairs and thereby to increase the chance that nations will learn at last to live in peace and friendship”.